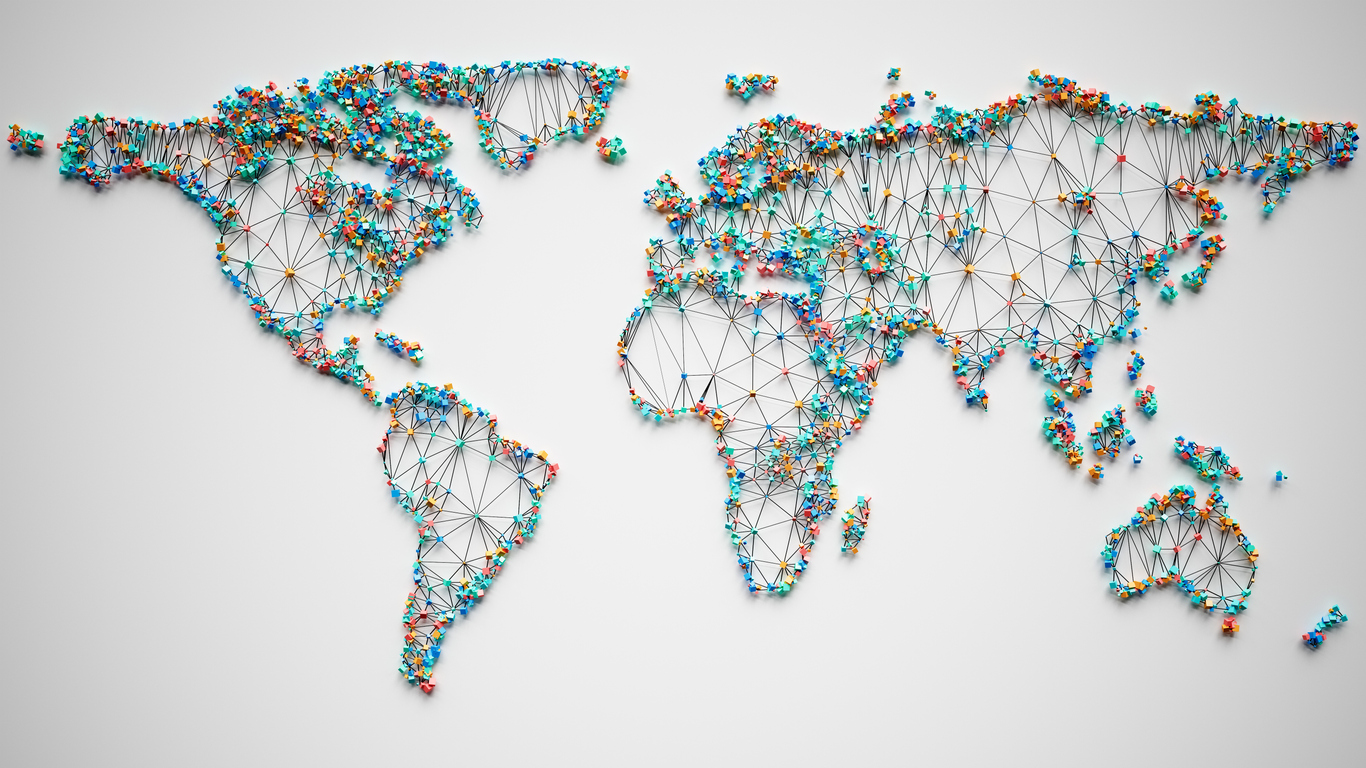 In honor of World Sleep Month, SleepScore Labs performed a data analysis to compare various country’s total average sleep time with their World Happiness Index Score.  The SleepScore team looked at data from 1,234,462 nights, from over 72,000 users in 26 countries.

SleepScore Labs looked at the World Happiness Index from 2020 which consolidates a number of factors into a single metric that represents the overall happiness of a nation.

As mood and sleep are often closely related, our theory was that those countries with the most sleep time would have higher Happiness Scores. When we’re well-rested, we’re often more relaxed, calm, and generally happier.

Our findings align with this thought and provide a new perspective on how impactful sleep might be when it comes to our happiness levels. 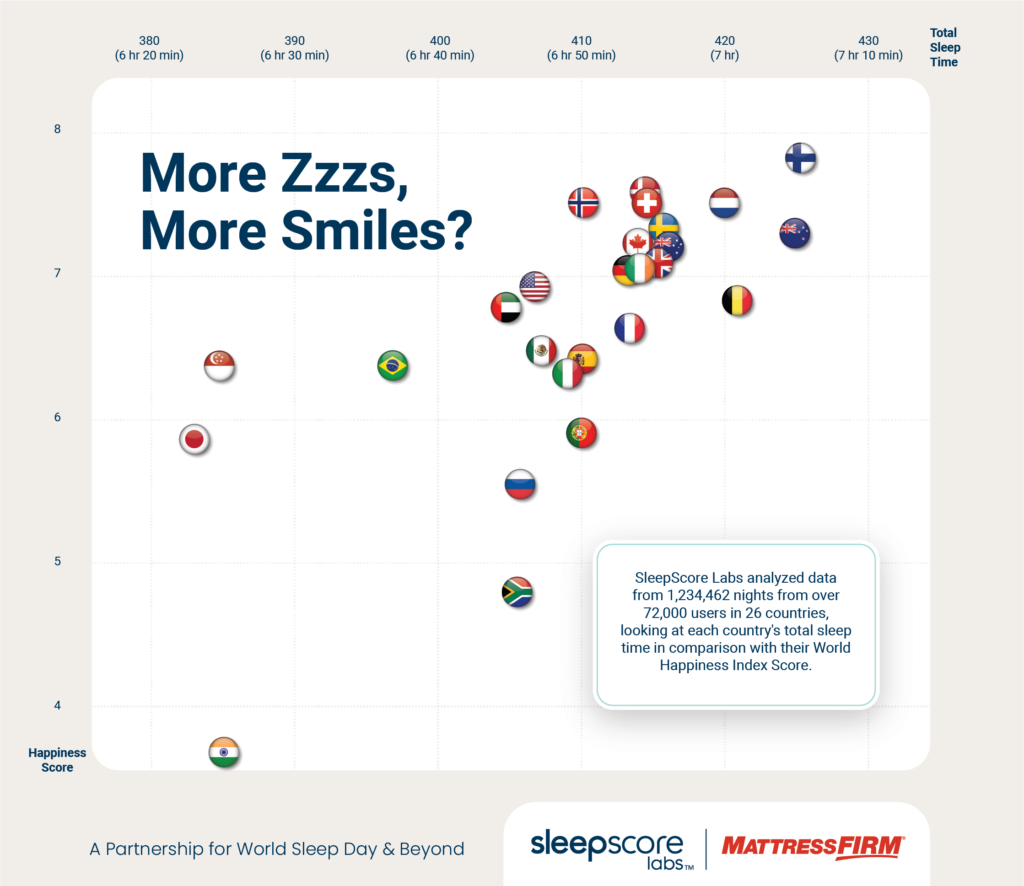 Luke Gahan, SleepScore’s data scientist and a member of Mattress Firm’s Sleep Advisory Board, explains the significance around an analysis of this kind.

“It’s particularly exciting because while the relationship between self-reported sleep-quality and wellness has been well established in previous research, this research shows,  for the first time, that there’s a tangible relationship between happiness, as quantified by the World Happiness Index, and objectively measured sleep, recorded by SleepScore sleep tracking technology,” noted Gahan. 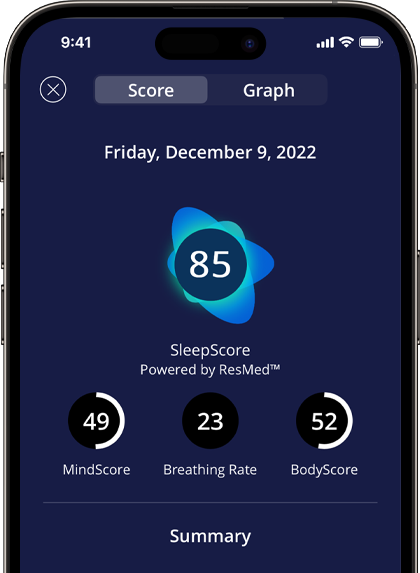 This website uses cookies to improve your experience while you navigate through the website. Out of these cookies, the cookies that are categorized as necessary are stored on your browser as they are essential for the working of basic functionalities of the website. We also use third-party cookies that help us analyze and understand how you use this website. These cookies will be stored in your browser only with your consent. You also have the option to opt-out of these cookies. But opting out of some of these cookies may have an effect on your browsing experience.
Necessary Always Enabled
Necessary cookies are absolutely essential for the website to function properly. These cookies ensure basic functionalities and security features of the website, anonymously.
Functional
Functional cookies help to perform certain functionalities like sharing the content of the website on social media platforms, collect feedbacks, and other third-party features.
Performance
Performance cookies are used to understand and analyze the key performance indexes of the website which helps in delivering a better user experience for the visitors.
Analytics
Analytical cookies are used to understand how visitors interact with the website. These cookies help provide information on metrics the number of visitors, bounce rate, traffic source, etc.
Advertisement
Advertisement cookies are used to provide visitors with relevant ads and marketing campaigns. These cookies track visitors across websites and collect information to provide customized ads.
Others
Other uncategorized cookies are those that are being analyzed and have not been classified into a category as yet.
Save & Accept